Since the Autumn Newsletter, we’ve sold nearly all the 18 Lots released in Stage 63 and to meet demand, on Saturday 16th May we released a further 18 Lots in Stage 64 which encompasses the continuation of Crole Drive north through the Estate.  Once again, buyers will need to be quick to secure one of these great blocks on what will be a beautiful tree-line boulevard.

In what has been the largest Stage construction phase of the project to date, the 66 Lots in Stages 56, 57, 58 & 59 have now been fully completed and Titles are expected to issue around mid-June.  Full credit must go to the construction team and the engineers for getting these completed during what has been a very wet start to the year. 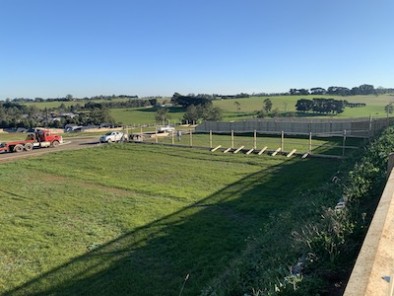 Given our construction program is running year-round, no sooner is one Stage completed then the next one starts!

The construction of Stages 60 & 61 is now in full swing and comprises our local neighbourhood park named Marrabel, after Leslie Marrabel who owned part of the Estate from 1945 and was a prominent Warragul landholder and cattle trader in that time. 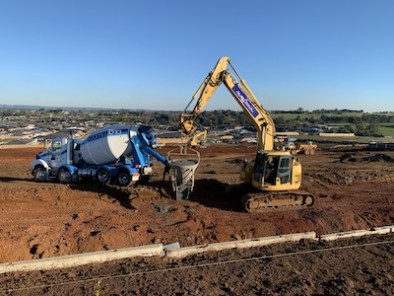 Earthworks in the future Marrabel Park 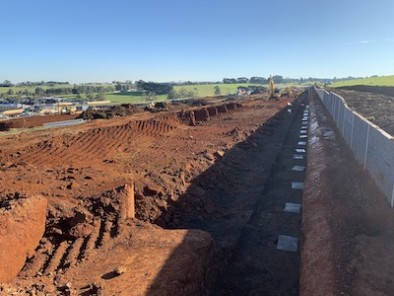 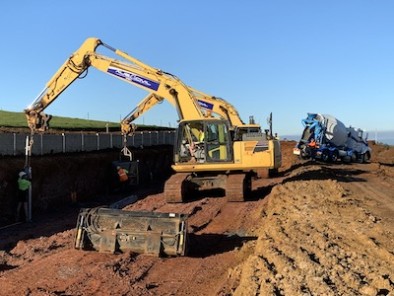 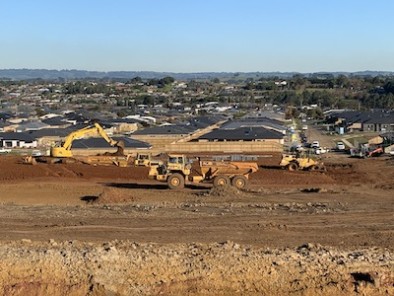 View to the south, showing works underway which will also complete Willandra Circuit.